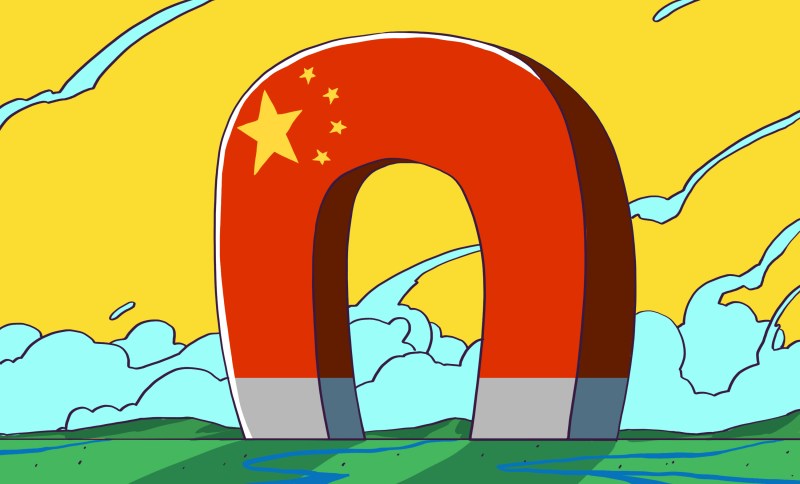 It seems these days that the news is never good. Speaking from experience, that’s really nothing new; there’s always been something to worry about, and world leaders have always been adept at playing the games that inevitably lead to disturbing news. Wars always result in the very worst news, of course, and putting any kind of modifier in front of the word, like “Cold” or “proxy”, does little to ameliorate the impact.

And so the headlines have been filled these last months with stories of trade wars, with the primary belligerents being the United States and China. We’ve covered a bit about how tariffs, which serve as the primary weapons in any trade war, have impacted the supply of electronic components and other materials of importance to hackers.

But now, as the trade war continues, a more serious front is opening up, one that could have serious consequences not just to the parties involved but also to the world at large. The trade war has escalated to include rare earth metals, and if the threats and rumors currently circulating come to fruition, the technologies and industries that make up the very core of modern society will be in danger of grinding to a halt, at least temporarily.

Bottom Line: Not So Rare

So what even are rare earth metals, and what’s so rare about them? To start with, the rare earth elements occupy the lanthanide series on the periodic table – the top row of the two that are often split off the main table, a lot like Alaska and Hawaii are transported to the Gulf of Mexico in maps of the United States. The fifteen lanthanides are joined by two metals, scandium and yttrium, from the third periodic series, mainly because they are all often found together in mineral deposits and because they have similar properties.

Leaving out the radioactive rare earth element promethium, of which there is barely half a kilogram total occurring naturally in the entire Earth’s crust, the 16 other rare earth metals are not even remotely rare. Cerium, a soft silver-gray metal, is actually more abundant than copper in the Earth’s crust, and there’s enough of it that it’s been in common use in industry, primarily as a catalyst, in ceramics, in lighter flints, and as a coating for gas lamp mantles, since the 1800s. Even the rarest of the rare earth metals is 200 times more abundant than gold.

The rare earth elements – again, with the exception of promethium, which is formed by radioactive decay of uranium – are all gifts from our galactic neighbors. They were forged in the furnaces of nearby stars and blown into space by supernovae, to collect as the dust that would eventually condense into our rocky world. They’ve collected in deposits of various minerals sprinkled around the world, from the Scandinavian peninsula where scandium gets its name, to South Africa, Brazil, Russia, California, and southern China. Rare earth elements have even been found in abundance in the mud at the bottom of the Pacific Ocean, apparently belched up from the Earth’s interior by deep-sea hydrothermal vents.

The rare earth elements are all metals and share many of their useful properties, like being highly conductive, malleable, and ductile. That means they can be alloyed with other more common metals, lending certain properties to the alloy. Many of the rare earth elements also have catalytic properties, leading to their use in industrial chemical processes. The rare earths also tend to form brightly pigmented oxides thanks to their electronic structure, making them common components of pigments and dyes.

But perhaps the most important use for rare earth elements today is in powerful, lightweight magnetic alloys. Rare earths like neodymium and samarium are ferromagnetic, meaning they can be turned into permanent magnets. Pure rare earth metals lose their ferromagnetic properties at a fairly low temperature, but when alloyed with other ferromagnetic elements such as cobalt and iron, they form extremely powerful permanent magnets thanks in part to the unpaired electrons present in their outermost orbital shell.

While rare earth metals are not particularly rare, they also tend not to be very concentrated. Even the richest deposits of rare-earth ores still contain only a small amount of each metal, and generally multiple metals with very similar properties are found in the same ore. So while finding rare earth ores is easy, refining commercially viable amounts of the stuff from the vast amount of overburden is no mean feat.

What’s worse is that not every deposit has the most useful rare earths, which tend to be the heavier elements. The richest deposits are found in mines in China, which currently supplies 100% of the world’s heavy rare earths, such as dysprosium, which is needed for the rare-earth magnets in hard disk drives among other things. China also has built out a vast value-add chain for its rare earth, from refining the raw ores to finished metals and oxides to turning them into finished products. When you buy anything with a rare earth element in it, chances are good that it came from China.

With rare earth elements, all roads lead to China, and that is the crux of the current trade dispute. Rare earth elements have become so integral to so many technologies that entire industries could be destroyed if China were to limit exports or enact tariffs on them. As a result, China appears to have the upper hand in this matter – at least for now.

China is the world’s rare-earth supermarket not just because of its rich mineral deposits but also because of its somewhat relaxed environmental regulations. Refining and separating rare earths are dirty processes involving a lot of harsh chemicals and generating vast amounts of waste. Other rare earth mines, like the Mountain Pass Mine in California that once supplied most of the world’s finished metals and oxides, were shut down by environmental restrictions that started to make them economically unfeasible.

Mountain Pass, however, is seeing a renaissance. Bought out of bankruptcy in 2017, Mountain Pass resumed mining and concentrating rare earth ores in 2018. They currently ship the concentrate to China for refining, but are tooling up for refining on site, and claim that they’ll be fully self-sufficient from Chinese refiners by 2020. Whether this leads to a full value-add chain outside of China remains to be seen, but at least it would mean that the world would have an alternative to China for refined rare-earth metals and their oxides.

There’s also hope coming from other mining industries. As mentioned above, rare earths are not especially rare, and almost anything mined anywhere produces tailings that have significant amounts of rare earth ores. It’s not commercially viable to recover them, though, and so most of those valuable minerals go right back into the ground, or get washed away when the primary ore from the mine is processed. That’s the case with the coal mines of Appalachia, where acid wastewater from coal processing has been found to contain recoverable amounts of rare earth elements. A pilot program is currently underway, and if it pans out, tailings and waste from coal mines, iron mines, and pretty much any other hole in the ground may someday produce a valuable side product that can alleviate the current rare earth crunch.

Rare earth metals have become indispensable, and any modern economy needs a steady supply to operate. The economic forces that created the current supply pinch will surely be the same forces that dictate the eventual